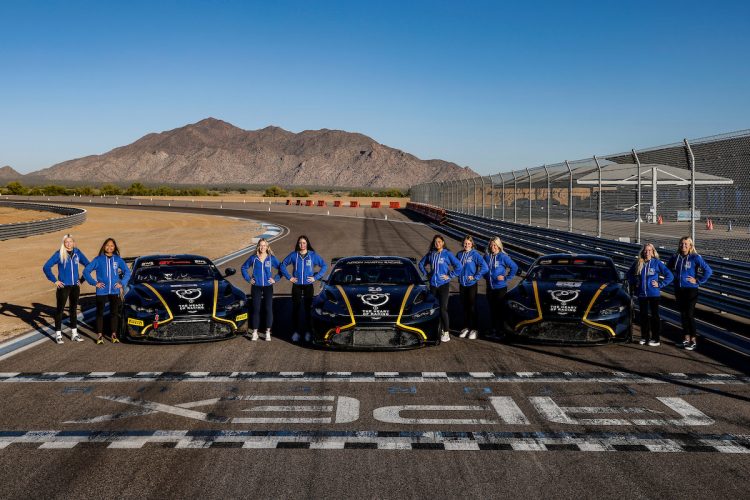 Phoenix, AZ (10 November 2022)– The Heart of Racing hosted nine female finalists at the APEX Motor Club in Arizona this week, testing the girls’ performance on and off the track through two days of testing, The selected driver will race an Aston Martin for the team in GT4 competition next season. 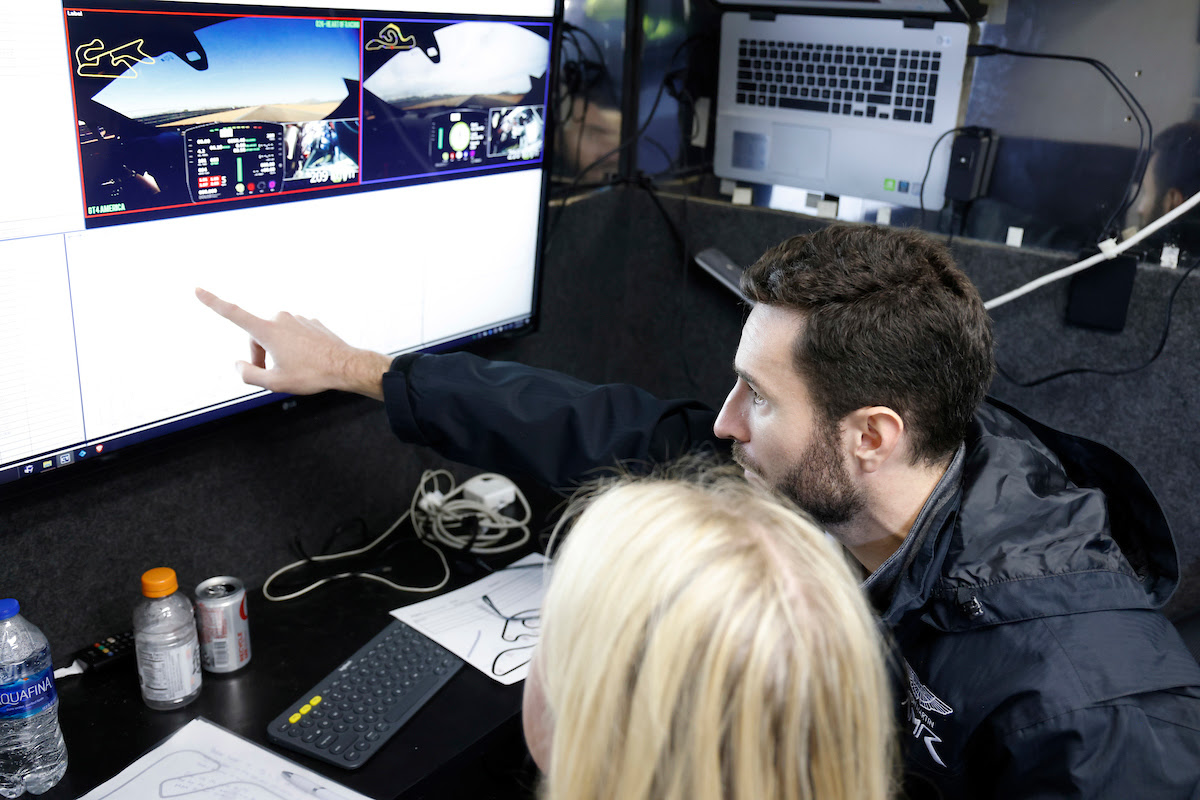 The judges for the two-day test focused on candidates’ overall pace, aptitude in and out of the car, willingness to learn, their response and engagement with data reviews, changing driving styles, and how they gelled with their fellow team members and competitors.

On-track activity for Day 1 consisted of getting familiar with the GT4 car with the nine drivers split between three Aston Martins. The focus was working on driving technique and the specific nuances of the track while lapping on Pirelli tires that has gone through multiple hat cycles. 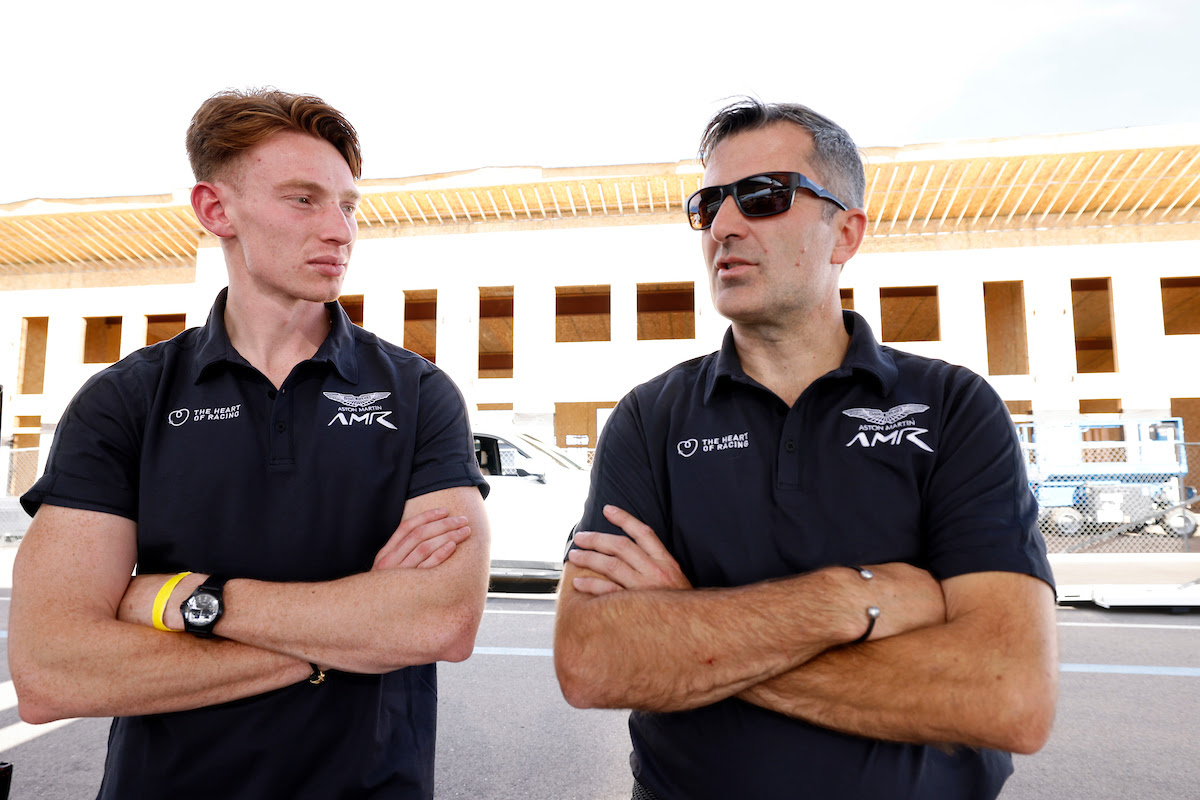 “We made it clear to the drivers that we were not going to be testing them purely on lap time and speed,” said Ian James. “We really wanted to see how they got on in the car and what their progression was going to be like over the two days. Seeing a big improvement from Day 1 to Day 2 was just as important as being quick in the car.”

In addition to testing their on-track capabilities, the girls took part in media interviews, demonstrating their ability to speak on several topics of conversation.

Day 2 saw a more structured agenda with each candidate receiving their own set of new Pirelli race tires, allowing each of them to learn about tire management in a classic race weekend setting. The first session saw the drivers perform a 15-minute qualifying simulation, getting used to taking first laps on new slicks. 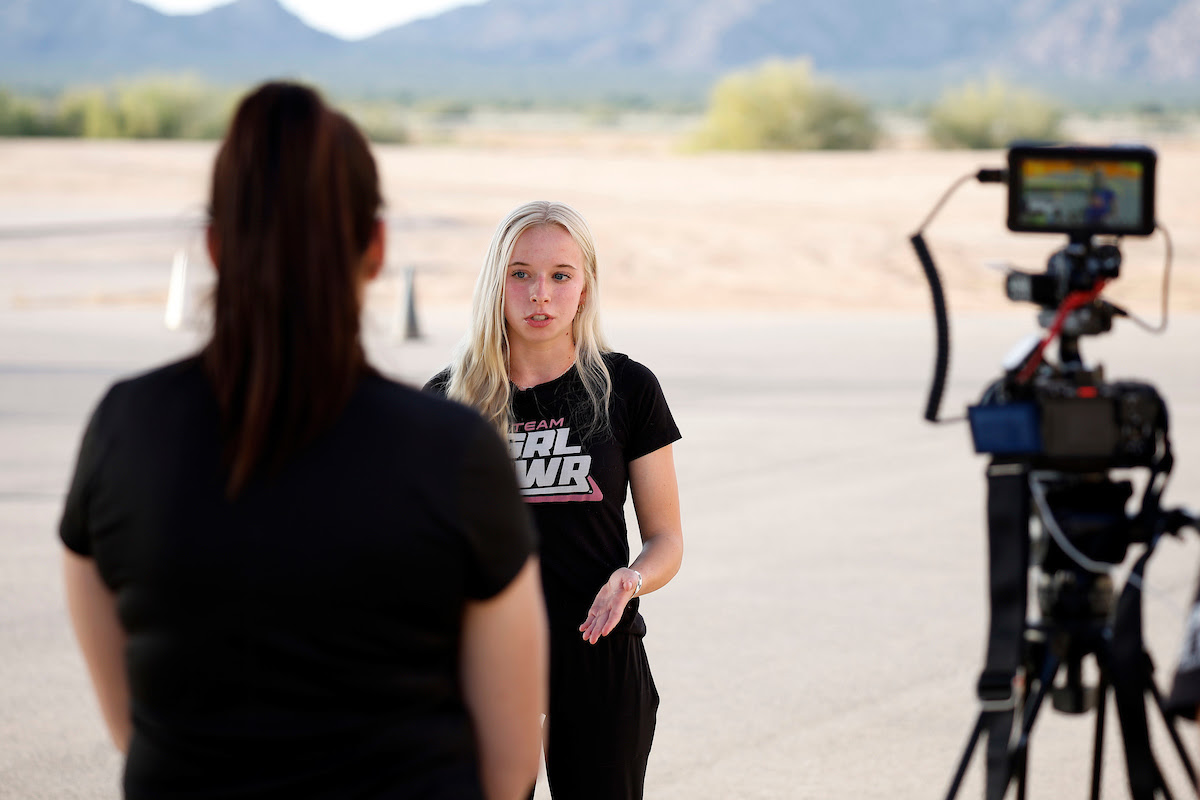 The second session was Race 1 simulation lasting 25-minutes on the same set of tires that they had qualified on. The final session of the day, was a Race 2 simulation with another stint on the same qualifying and Race 1 tires.

“We didn’t really know what we were walking into with this new project and it has so far been a very enjoyable process,” said Riberas. “It’s so cool to be able to work with such young drivers that actually like to do everything you ask them to in terms of coaching. And to see them actually apply it, you’re able to see how much they improve and how happy they get about improving, so you see the whole evolution. For me, it’s a proud project that The Heart of Racing has decided to do.” 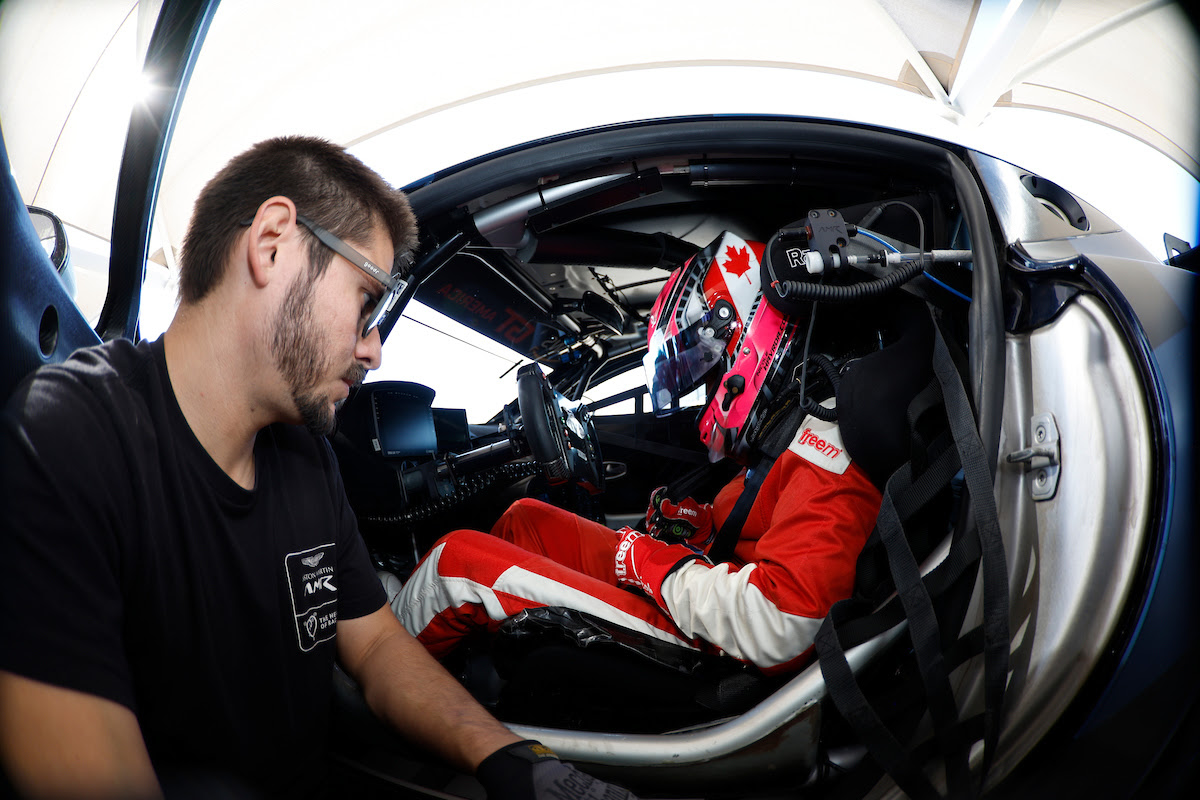 “I think all the women have done a fantastic job, making it very difficult for us to pick one,” said De Angelis. “We expected a few of them to have their quirks or not be as strong as the others, but everybody has done such a fantastic job and been strong on and off the track, which is important to us. I think as a team, everybody’s done a really good job executing these two days. It’s not a very easy thing to have three cars running full-time for two days to give everyone the same chance. I think the team’s done an excellent job of doing that.” 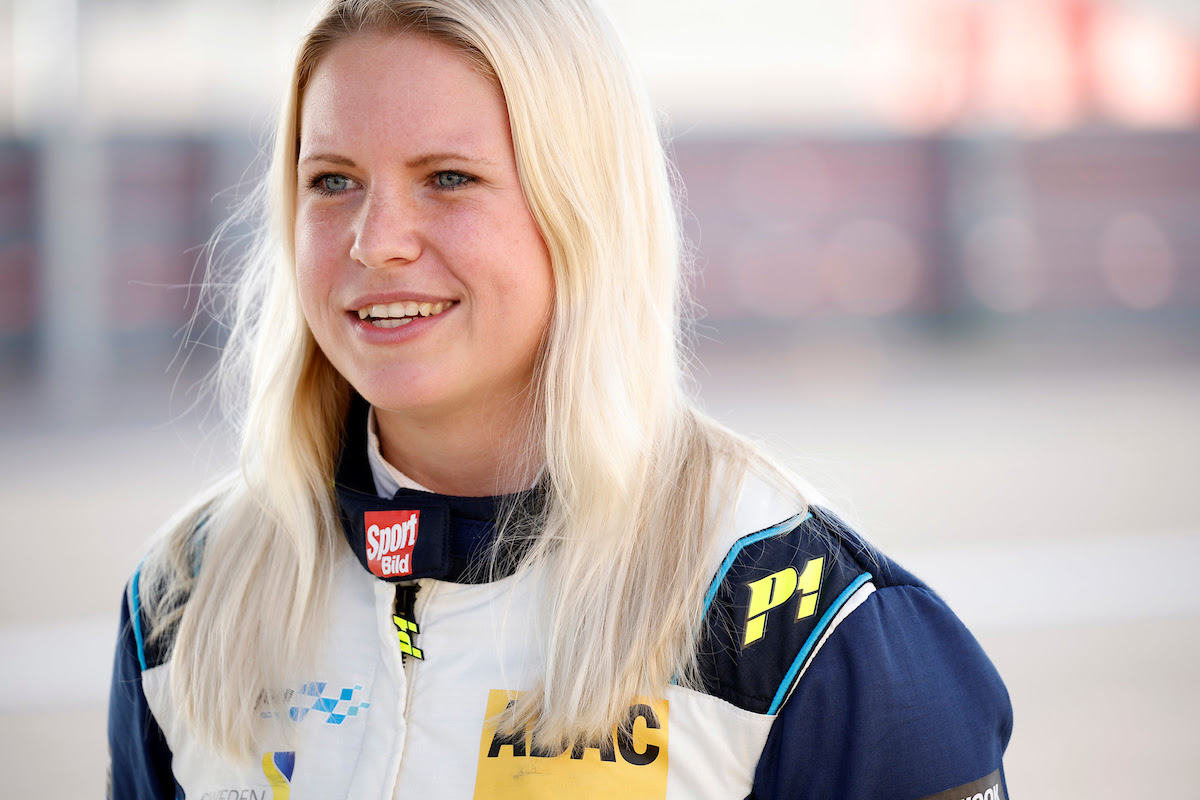 “I think I have developed a lot over the two days and it has been a very fun experience. It was really good to see how much grip you get with the new tires. The shootout has been a very, very fun learning experience. I’ve never been to a shootout like this before. It’s very fun to actually be around a lot of female racers because normally at the race track I’m the only female. It’s a bit different, but I’m very happy to be here and to have this experience.” 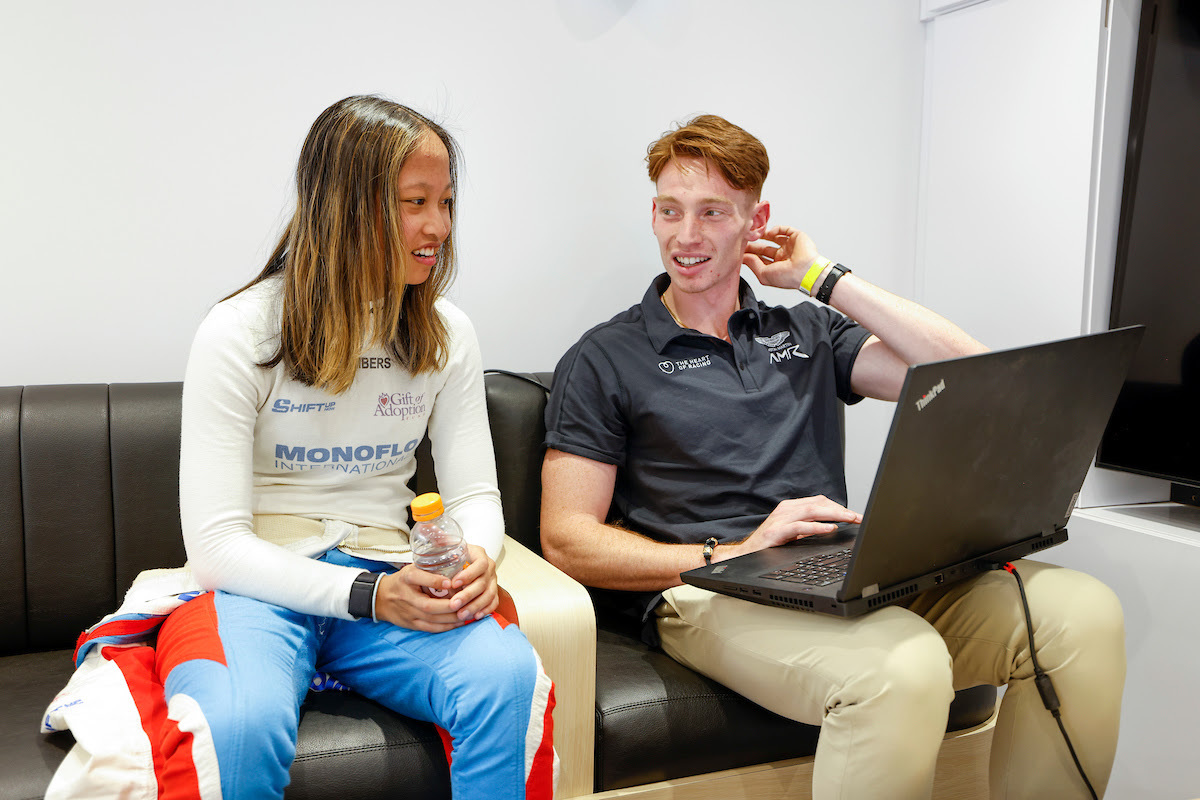 “I’ve definitely learned a lot about the car and about the track and just working with this team in general. I think it’s been a very productive couple of days. The shootout has been a great experience. Obviously, learning the car has been very beneficial to me and the shootout – compared to other shootouts that I’ve done – has been super low stress. Everyone’s sort of having fun, it’s like a family. I think it’s been very good for the people participating in the shootout to have an experience like this.” 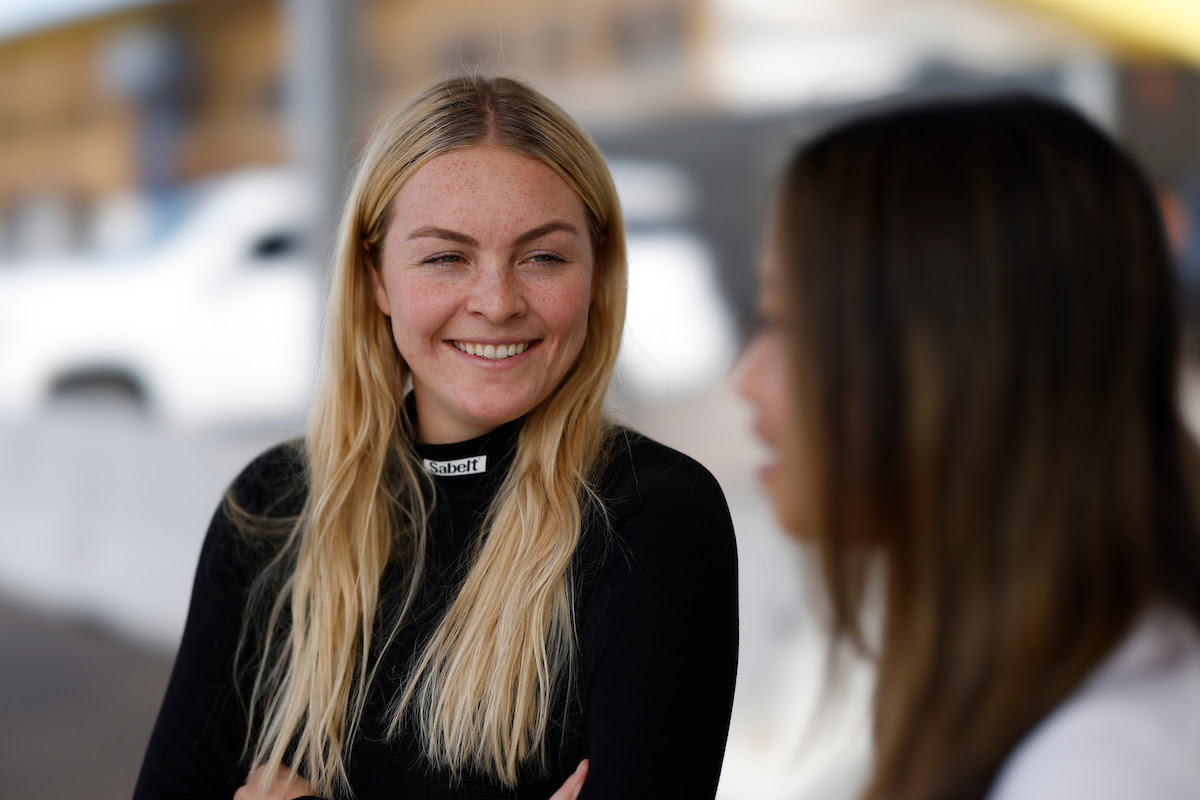 “I’m thankful for the opportunity The Heart of Racing has given me. I’m really happy to have been selected with some talented drivers. I think the shootout in general has been really great. I’ve been to a couple shootouts and I think a big thing is how relaxed the whole team made everyone feel which was super amazing. Everyone on the team is super helpful, very nice and welcoming and has been really great.” 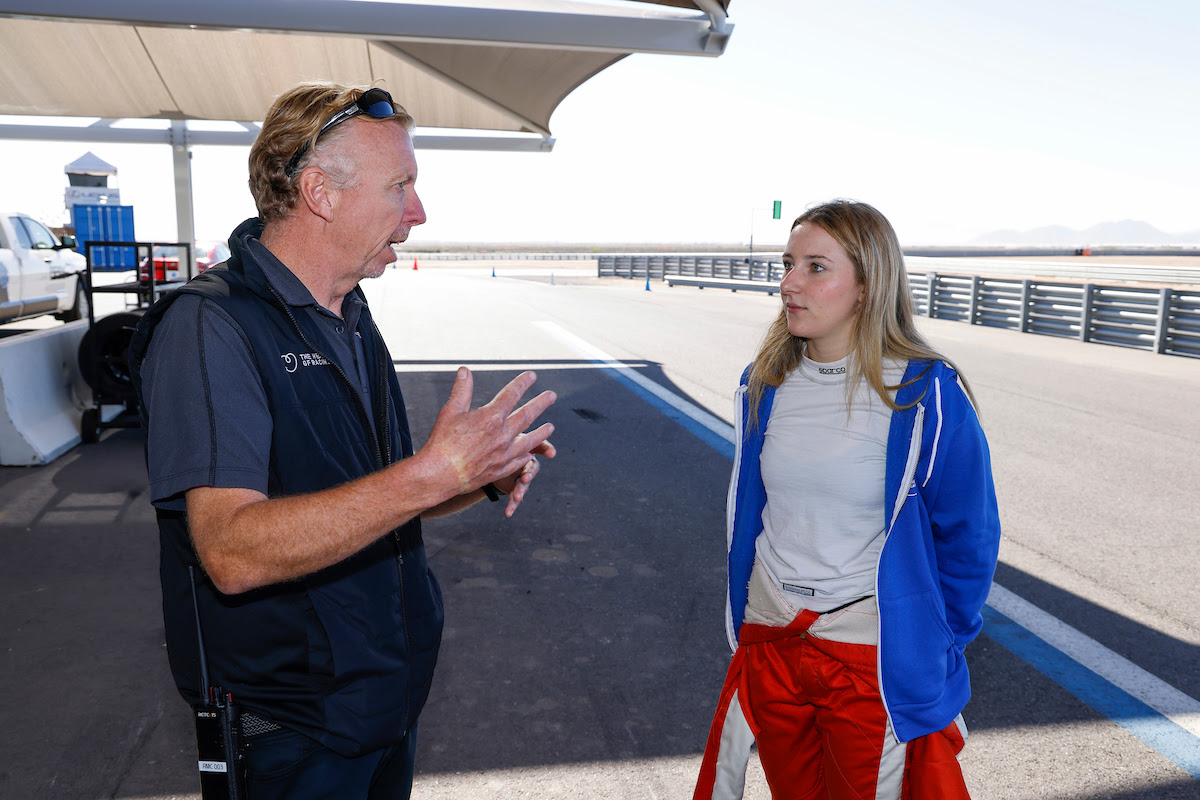 “The shootout has been a very good environment with lots of great people. I learned a lot and developed each session. It’s just been a very fun two days. I think that the shootout is well planned out and very organized. It’s great to encourage women for the seat and by The Heart of Racing bringing women in motorsports it’s helping them develop and have a path for their career.” 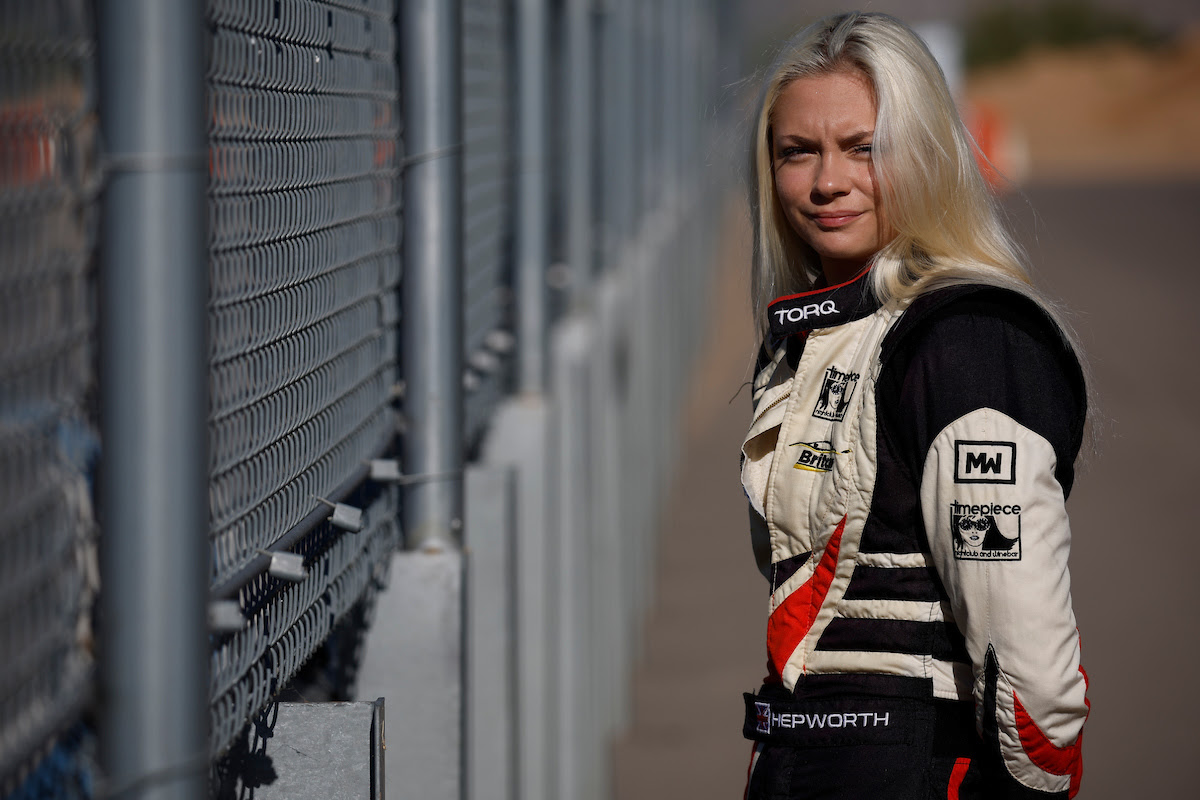 “The shootout has been incredible so far. I got used to the car steadily and kept getting quicker and quicker in each session. It was also about managing old tires but I kept it clean and did some good lap times. Personally, I thought Day 1 was a really, really good day for me. I kinda went out there straight away and was on pace, so I was really proud of that.” 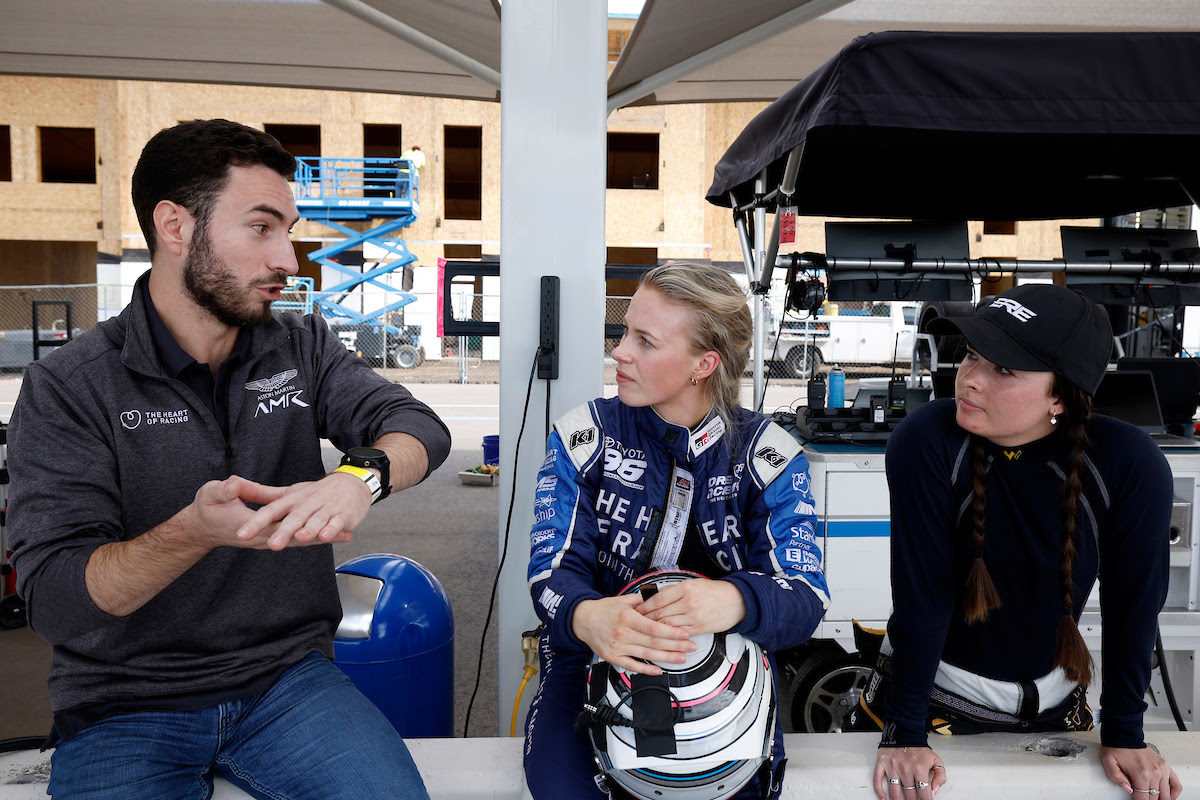 “I think I’ve really impressed myself and that’s sort of all I’m aiming to do at this test, is to race against myself and block out everyone else. I don’t get too tied up in all the nitty gritty of what everyone else is up to. As Ian (James) said when he first mentioned the shootout to me is ‘it’s a trip to America and you get to drive some cool cars’ and that’s exactly how I’ve taken it. It’s been so much fun learning this car, learning this track, and being around nine females that can race just as well as each other. Just a really supportive team and a really supportive environment, it has been great. Everyone’s positive, everyone’s happy to help. It is pretty much all you could ask for in a shootout.” 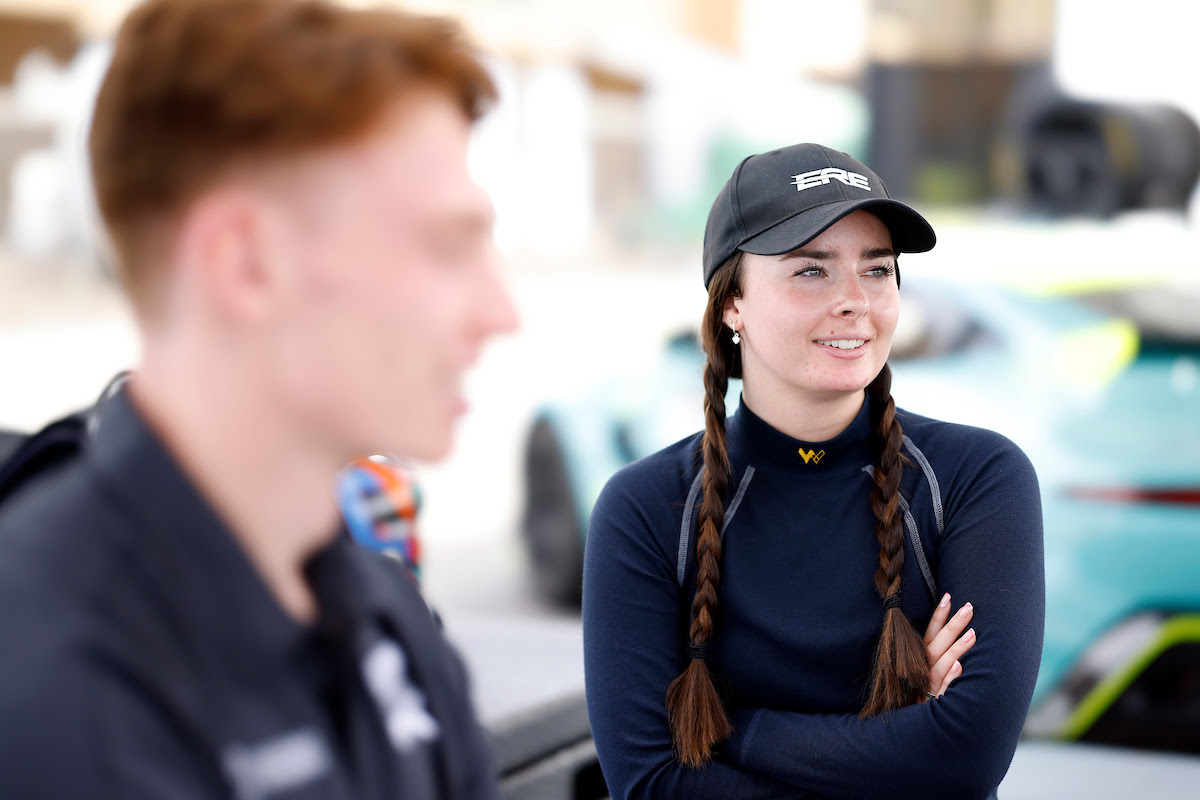 “The shootout has been really fun for me so far. I came over thinking that it was going to be quite stressful and a lot of pressure. You obviously put pressure on yourself to perform at the level you know you can perform back home, but I’ve been able to control my nerves really well and I’ve been really enjoying the process. The process itself has been a new experience. The race simulation though has been very different for me, something I haven’t had to think about before. So just making sure I’m smart about what I’m doing in each session.” 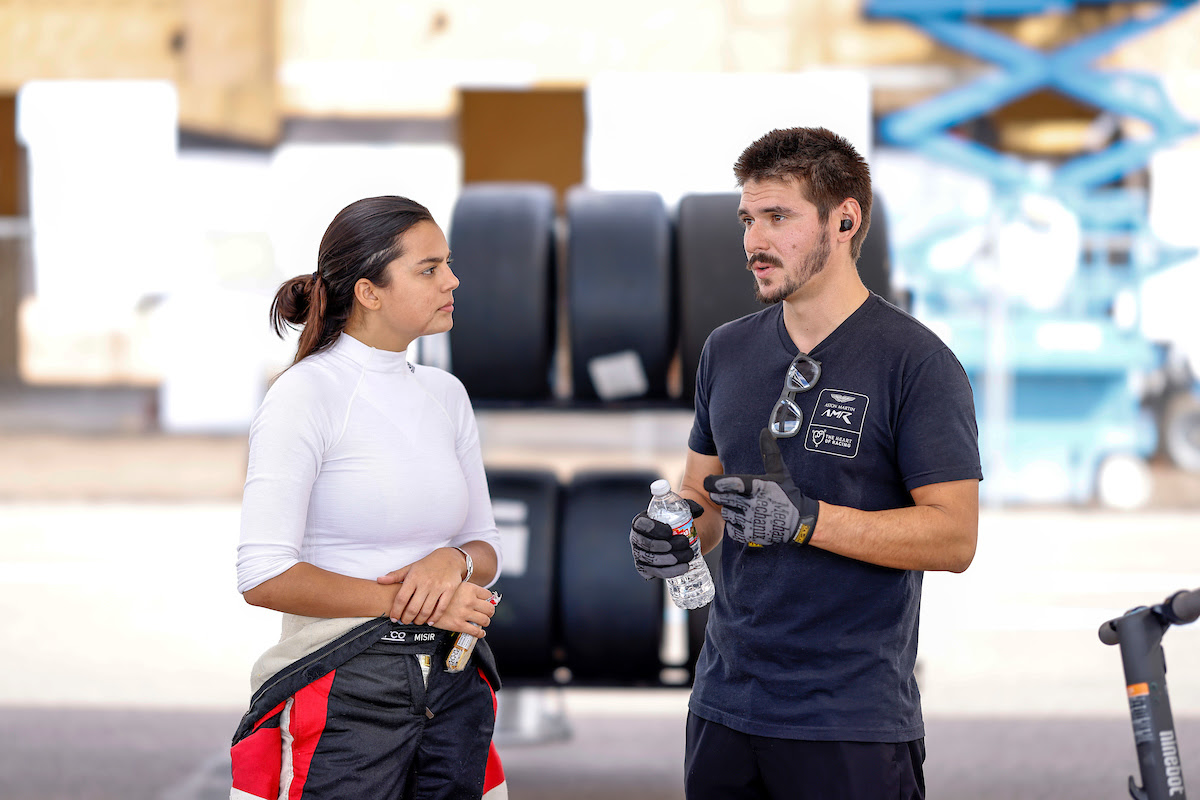 “I’m very happy with how the shootout has gone so far. I’ve set certain goals for myself every time I’ve gone out and I’ve achieved those goals. I’ve learned something new every time I’ve gone out, so I couldn’t ask for a better weekend. I think the shootout has taught me a lot in terms of peak performance, every time I get on the track I have to be 110% focused to learn as much as I can in a short distance. It’s also taught me to be a little more self aware in terms of not worrying about what’s going on around me. Just focus on yourself and do your own best because that’s all anyone can do.” 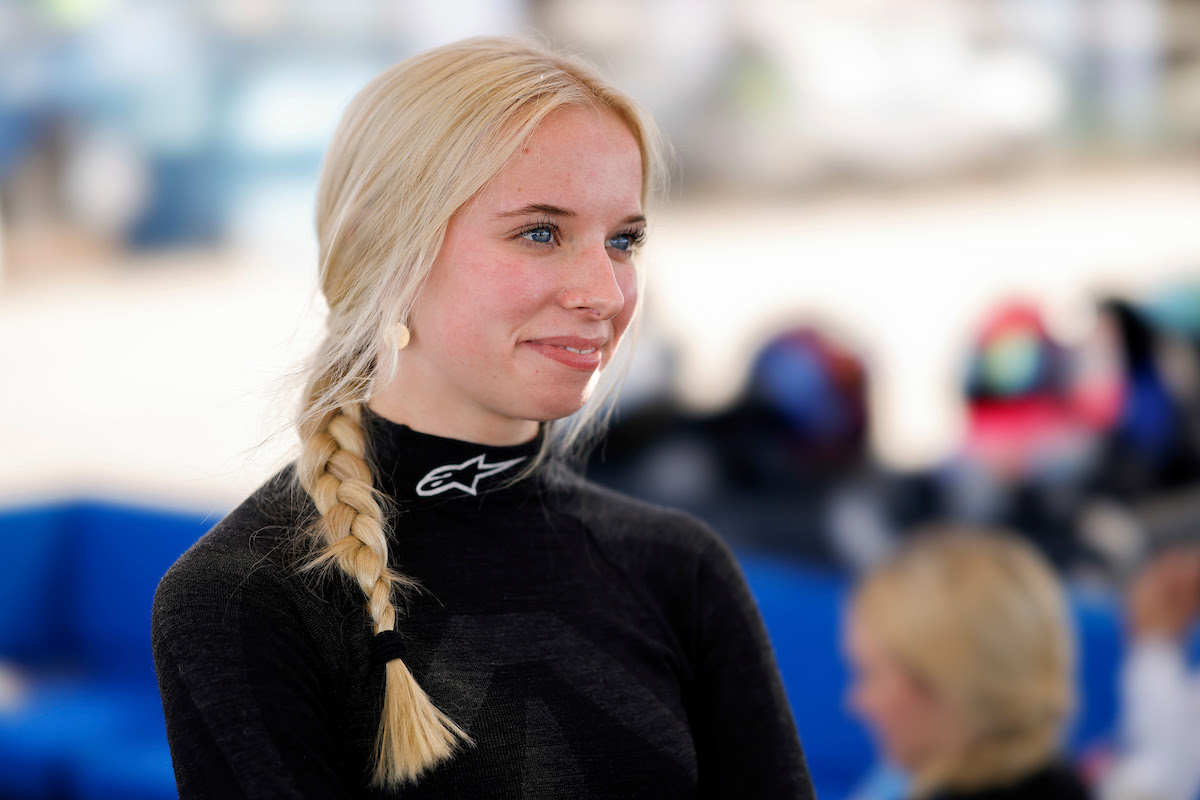 “The shootout has been so much fun. Alex (Riberas) and Roman (De Angelis) have been really nice about helping me figure the car out. It’s been a learning curve for sure. I feel like I’ve been understanding what Roman and Alex have been telling me. I’m improving every session. It’s just a confidence thing with the car and having little car experience makes it a little bit difficult, but I think we’re starting to get a hang of it.”